Share
20-11-2021 - After a short break, this time I went for a two-day walk. The place was clear and I was just waiting to see if it would be vacant. I was lucky and could unpack for two days. The weather was still very cold and I wondered how the fish would react and how much they would taste. This time I made one big feeding place where I caught both rods. I threw one just above and the other just below the place so that the assemblies were not in the same line. For the initial feed I used about four kg of boilie B17 Proactive and Natural concept in a ratio of 1: 1. The first day from the morning until the evening, I conquered only one smaller carp.

The next morning, a smaller fish again. I fed something and hoped that further feeding of the fish would stir it up. In the afternoon there was a very nice bald eagle with a strange color. Nothing happened again until the evening. I had the last day ahead of me and I enjoyed it properly. There was still peace around the water and no one anywhere. I subtly fed the place and deployed more selective assemblies with one 24 mm boilie. I watched the surface quite live and expected that the shot could definitely arrive during the morning. 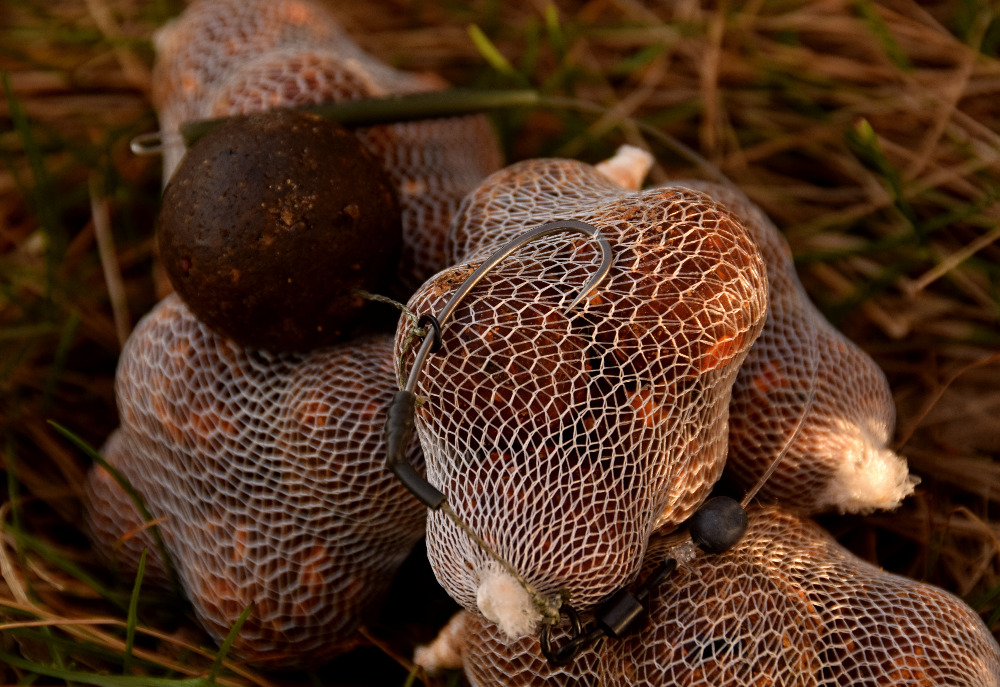 One fish also spoke, not just any fish. So far, I've had one of the best fights with an old river veteran who conjured a smile on my face. Selective assembly worked for number one, and even though it was the only fish until the end, it was worth it.
After this expedition, I took a break for a week and didn't really plan anything. However, an acquaintance called me to see if I would like to join him for a short hunt together. Because, coincidentally, he was fishing near where I had been the week before, I didn't even hesitate. Although I prefer independent hunting, sometimes it is not a matter of stepping out of a captured stereotype. A colleague already had a few fish in two days and that was quite encouraging. After my arrival, he had a brisk shot, when he managed to break his new personal record after a pretty tough battle. A decent celebration was in order. I hastily threw my rods far enough so that we both had a chance to catch. A colleague had two more nice fish in quick succession, I was still waiting. I had my first contact after dark. It was a long scale. By midnight, I repeated the fight three more times, always with fish up to about thirteen kg. Despite the bad weather, the fish responded perfectly to the presented feeding and it was clear that they did not mind the cold and the wind at all, and vice versa. The worse they were, the more interested they were in feeding the fish. Morning alarm at 3.45 and get everything ready quickly. 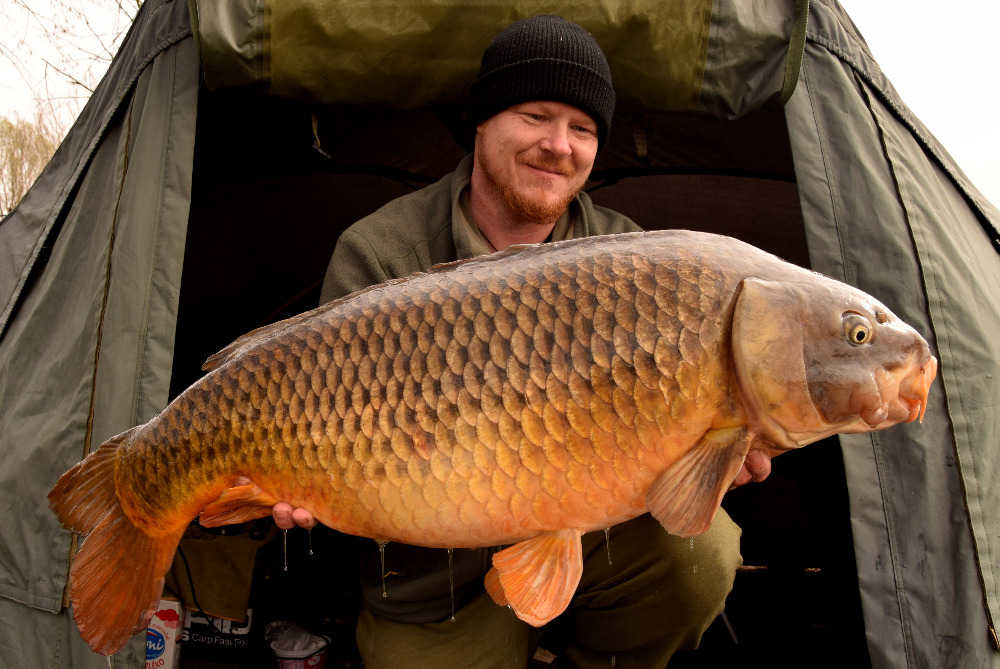 Before I went to bed, I fed a solid portion of baits instead to try to hold the fish until morning. This worked, and the first carp took perhaps fifteen minutes from casting. A very nice move was a clear signal that it is a good fish. Two 24mm balls under the hook lured the perfect deep scale. My time was running short and I had the last hour of hunting. The wind was getting stronger and the snow was adding to the rain. Half an hour before departure, I managed to conquer another nice scale at this time and it was time to pack up and leave. I wonder what else this season on the river will bring. I wish you all good luck by the water and many nice experiences.