Share
25-07-2021 - Hello everyone, in today's article I would like to describe our successful expedition in a detailed recapitulation. Our unchanging choice to go to the Czech Union Sandpit remains in place. The certainty fell again on the B17 boilie. I have prepared only two buckets of boilies and approximately 20 kg of Red halibut pellets with me for the three-day expedition. This year I took the feed back home, but for my peace of mind I took a little in the forota. I'm looking for a place at the bottom with a rod and lead, a marker would take me longer. I choose a faster mapping variant due to late arrival. By dusk we managed to introduce only two rods. Thanks to the incredible pressure on the water, I personally did not expect much success, we had a lot of rods placed on a small area to count it, it was more precisely 14 lines.

That's why I had a bad feeling both from the landfill and from any fights. We had the rods so close to each other that it was a problem to hit the boat between the lines, just to give you an idea. On the other hand, we do not organize these autumn expeditions just because of fishing. He really catches a lot of acquaintances from us, so we are all happy that we will all meet in the same place at the beginning of September. I would say it's been our tradition since I was twelve! We will stop for a moment at rigs and assembly in general. When loading, I always use shorter rigs, I want to be sure of an untangled set. For this reason, I add stocking with crushed boilie B17 or Red halibut micropellets to the PVA hook. I use the same hook everywhere, type AS size 5. Skinline 25lb cord, which I do not pull at all when used with the ball on the bottom. In the second case, when hunting for a doll, I only pull the hair under the hook, for a better presentation. We will stop at the hair, this time I bet on selective hunting and leave a large gap between the hook and the ball. I don't use the hair brace almost at all, I didn't notice practically any difference, I would put it there only if I saw that the carp hook was badly stuck, or in a worse variant, if the fish fell. Out of a lot of shots, only one fish fell from my rod, I would say that I pulled out about ten carp in three days, and that's a great ratio! I give a shot a few centimeters from the hook so that the whole rig fits nicely to the bottom, and at the same time for a better jam. I will finish the whole set with a soft and short anti-tangle. 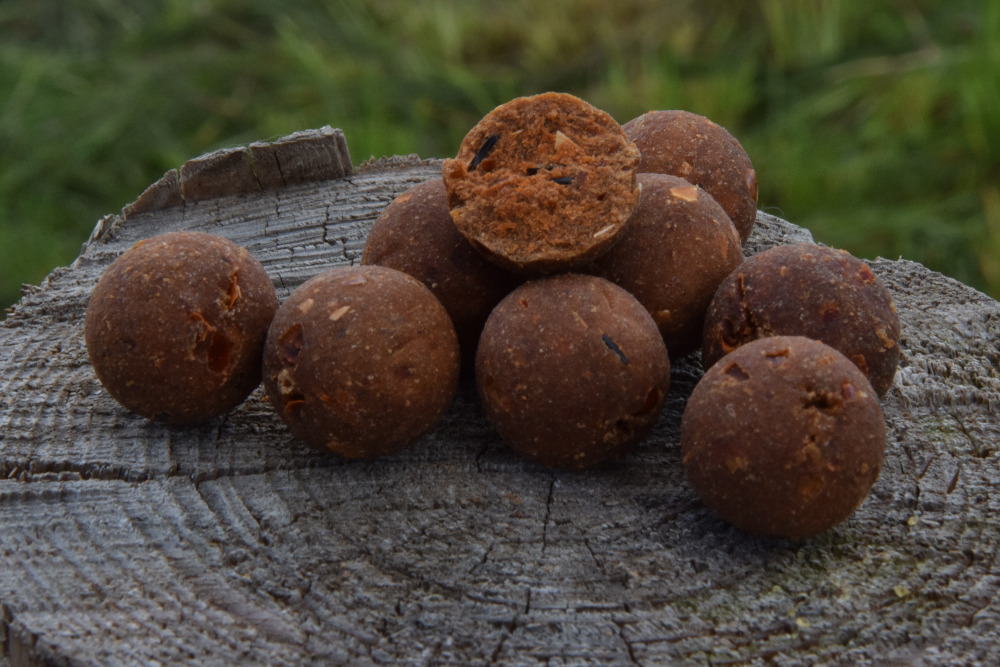 I trust this absolutely simple and reliable assembly one hundred percent! Last year, this water turned out to be a weak line and a non-waste lead. I've improved! I wind Lumix with a diameter of 0.35 mm on the spools of my reels. I didn't put the shock line because I decided it might be okay to catch the lead and fall for the water behind each fish. I wasn't wrong about this, last year I lost 50% of my fish by cutting off the nylon. This year was not the only torn assembly! I use 142 g of lead for loading over a longer distance, so I have no problem with not falling off the hinge. The first fish of the expedition came in the morning, just after the landing, a rod with two Monster craba balls starts. 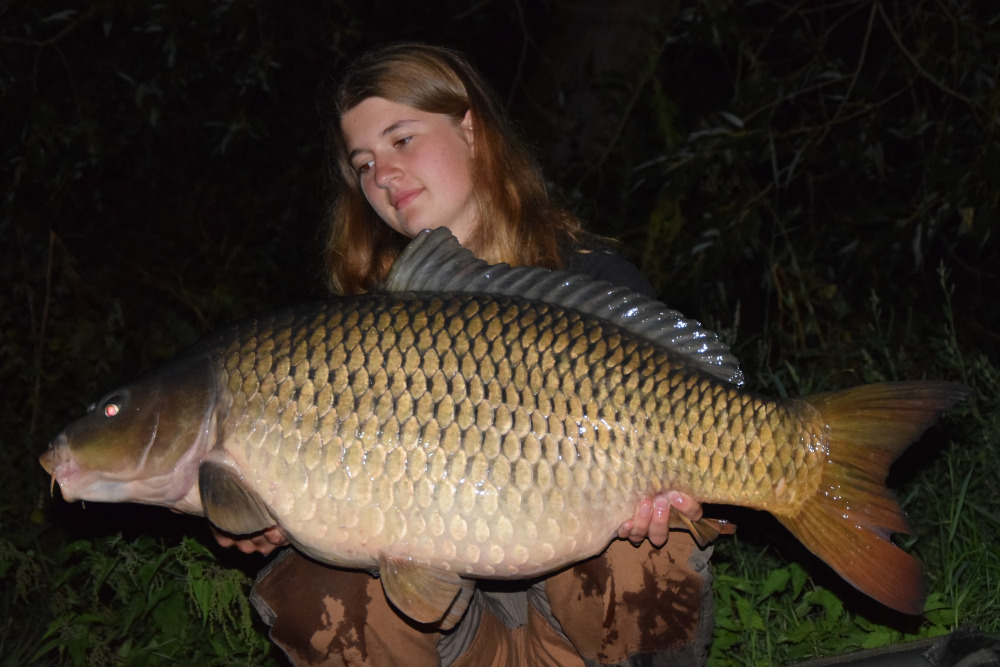 This fish belonged to my cousin, which I was very happy about, it was his first big carp! It was dawn, I would be carrying the rods for sure to see if the activity of the white fish was zero. After the download, I am calm, the balls were intact, so I leave them rinsed and load them in the same places with the same weapon. I start my feeding place with unexpectedly smaller carp, the assembly is probably not selective enough, but the patience of the rose brings! We didn't stop all day doing carousels, fighting, taking photos, loading, fighting. On the first day, I threw about 3 kg of boilies and 3 kg of pellets on a large area. That's not much…