Search for river carp I. - Bobrman

Share
20-09-2022 - I have completely different plans for this season, but in the end the East Bohemian part of our largest river won with the end of winter. Why? While sitting with a friend, I saw an older photo of a beautiful coot with the peculiarity of scales. A really dominant fish that I would love to catch! However, this section of the river is incredibly long, it will be the search for a needle in a haystack. But river hunting is my favorite discipline, so here we go. The water is still very cold and it is not so easy to find fish. So I chose a fairly simple way of hunting, where instead I always started with a pellet mix composed of SWEET CORN and TURBO pellets with a size of 16 mm.

Immediately in the morning, three + three blades for each rod. Why 16mm? The river was very flowing at that time. I always wrapped the lead in ProActive paste, using a forty-centimeter-long line of high-strength line and pure 0.42 mm Shock & Shield fluorocarbon, with the boilies literally glued to the hook thanks to the use of a ring and dental floss. Boilies I used a very attractive sweet version of Scopex + Cream and a tried and tested Squid. 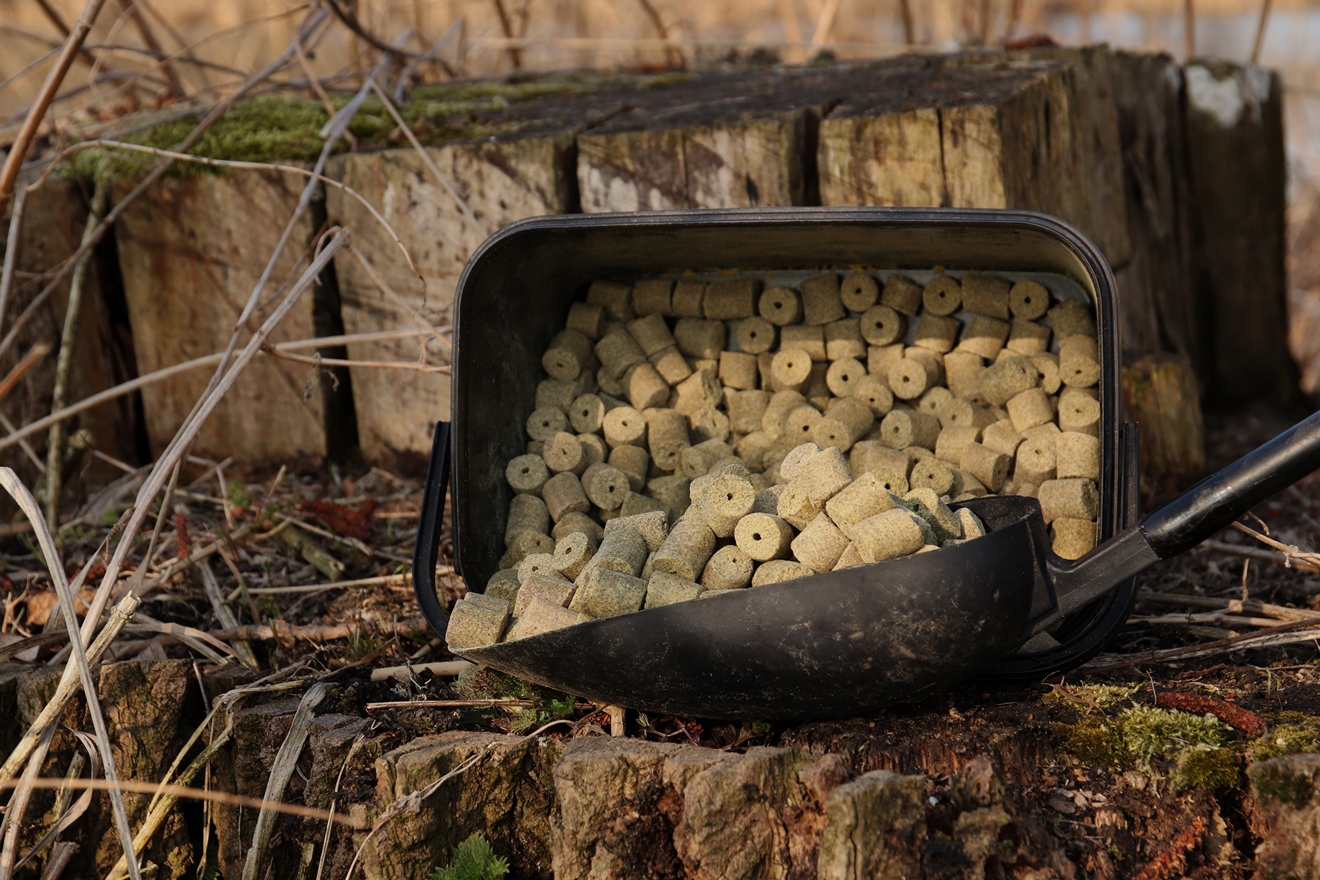 Both 16mm and 20mm. Sometimes, when the activity was very low at first, Ronnie-rig had to be approached with Reflex pop-up boilies of the same flavors. Especially in the muddy water that sometimes bothered me, the white Scopex was miraculous. In truth, I would never have believed a few years ago in hunting for floating boilies as the final bait on running water. However, since the RCCC fishing races on the Middle Elbe in 2018, I have been finding out and still convinced of the opposite. The whole set was "wiped" for carp with pumped PVA from a mixture of 4mm pellets - Turbo, Sweet corn, Extreme Enzymatic and Spiced protein, with the fact that I enriched the mixture with Method mix Excellent and mixed everything carefully after topping up Aminoliquid. But here's a small note, always find out if the liquid ingredients sold do not dissolve PVA! 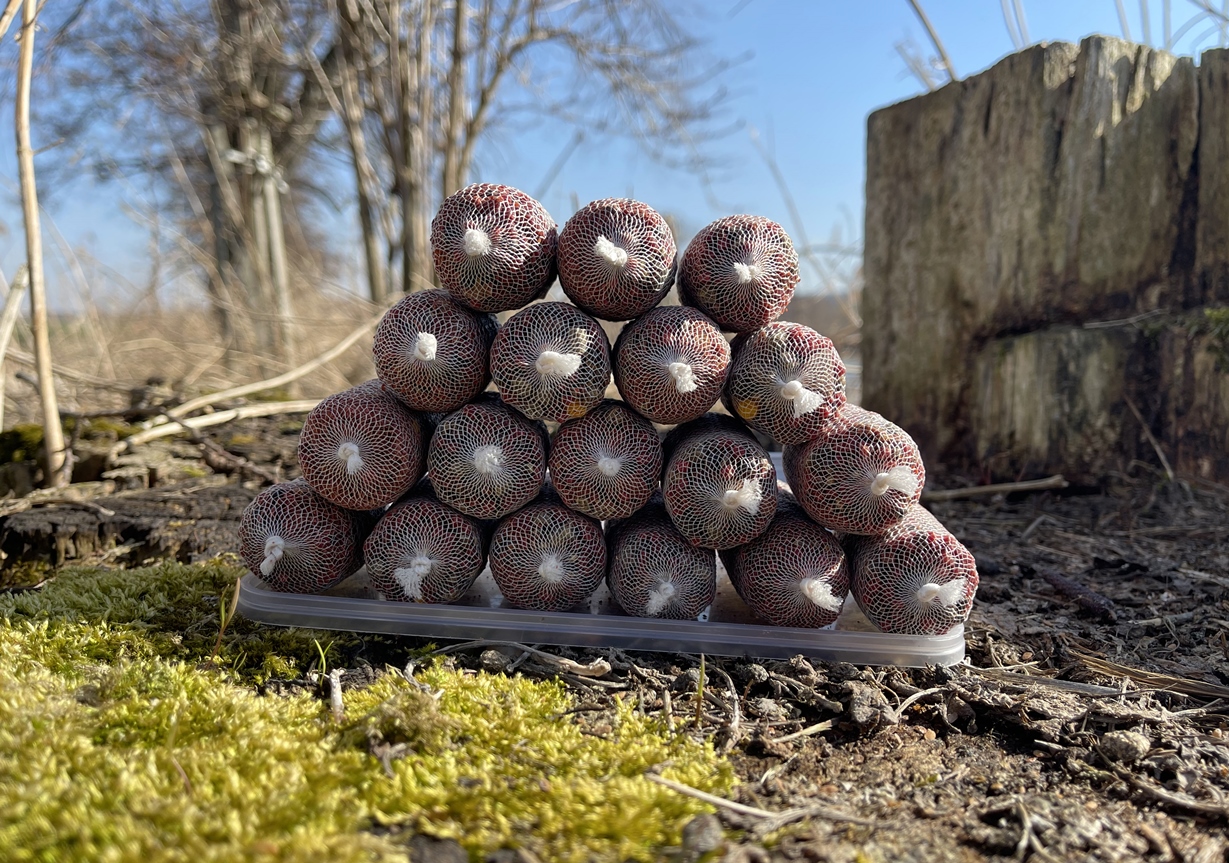 I then dumped the prepared fishing spot after an hour, so I looked for carp around the spot by shuffling for approx. one hour. It is clear that the bait and bait chosen in this way brought shots of not only carp, but also deer and decent bream. But one deer really pleased me, it was a lot for sixty centimeters. So the fact that we meet these fish must be taken into account in this way of hunting. However, I am happy with these catches, I always say that where there is a deer and a bream, there is also a carp. This year I'm struggling with health problems, so I was mostly limited in time when hunting. I had to get to the footage fast! Really nice catches appear on the spot only from the third walk and this is confirmed by a beautiful long scale and an incredible fighter on a day when the temperature is still well below freezing. He warmed me perfectly on the topic of the carp carp. He was obviously a matador, and since my friend David and I were deliberately looking for places where there were natural vases in the water, after picking up, it was impossible to tell who was gasping for breath. 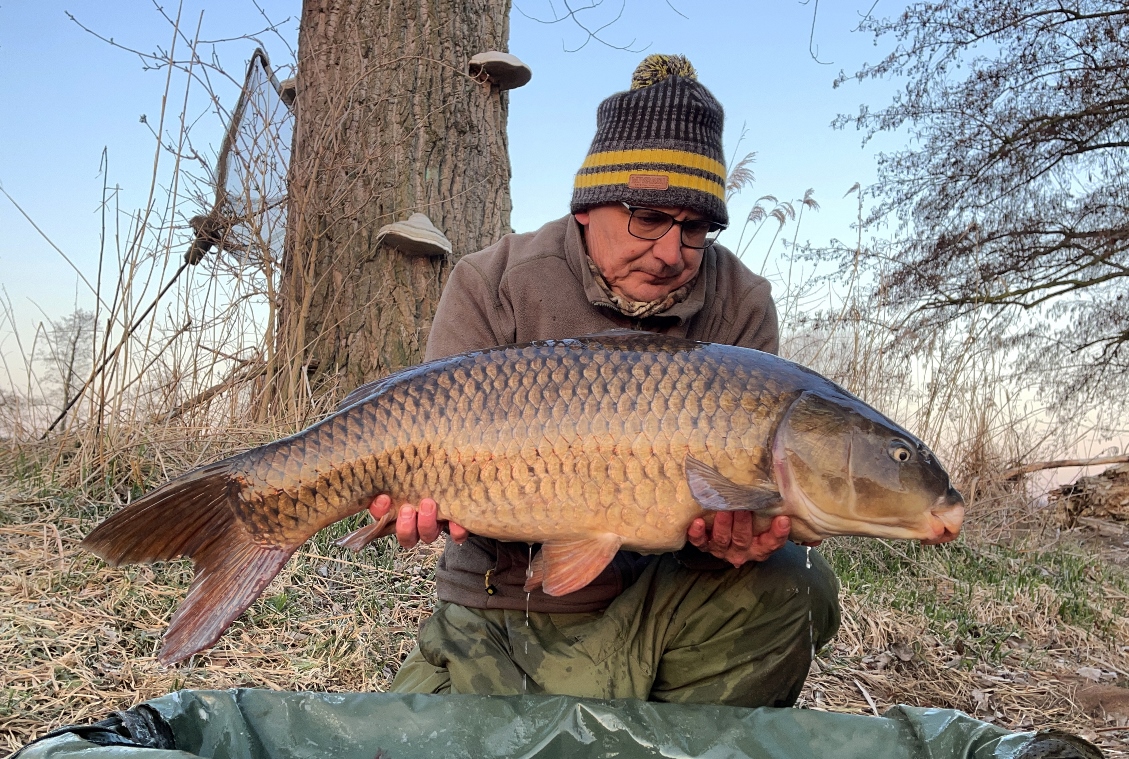 The first better fish prompted us to make further efforts in the long run. As more shots of carp of all sizes increased, boilies had to be added to the pellet mixture. So approx. 30 balls per set rod. But what is extremely important is the fact that I repeated the doses I described for the feed, as soon as I reached the carp size of any size and thus cast again, and even if I stopped hunting and had in mind that I will visit the place the next morning.

To be continued in the next part.