Share
18-11-2022 - Traditionally a good factor - the first spring sun has already whipped carp into a beautiful series of shots! It was a big fishing show, the shots are at most an hour apart! That motivated David and I very much. Only the consumption of feeding at this intensity is a smear, but who would have thought of that when they take it! I was like a mouse in that imaginary wheel. Preparation of attractive assembly, casting, feeding, fighting.

The larger fish were a symbol of the morning, but the beautiful scale at an atypical time of 14.00, which really took me by surprise, was proof that even the better ones were constantly moving around the carpet of pellets. As soon as the clear sky appeared in the morning, it was a guarantee of a good hunt. 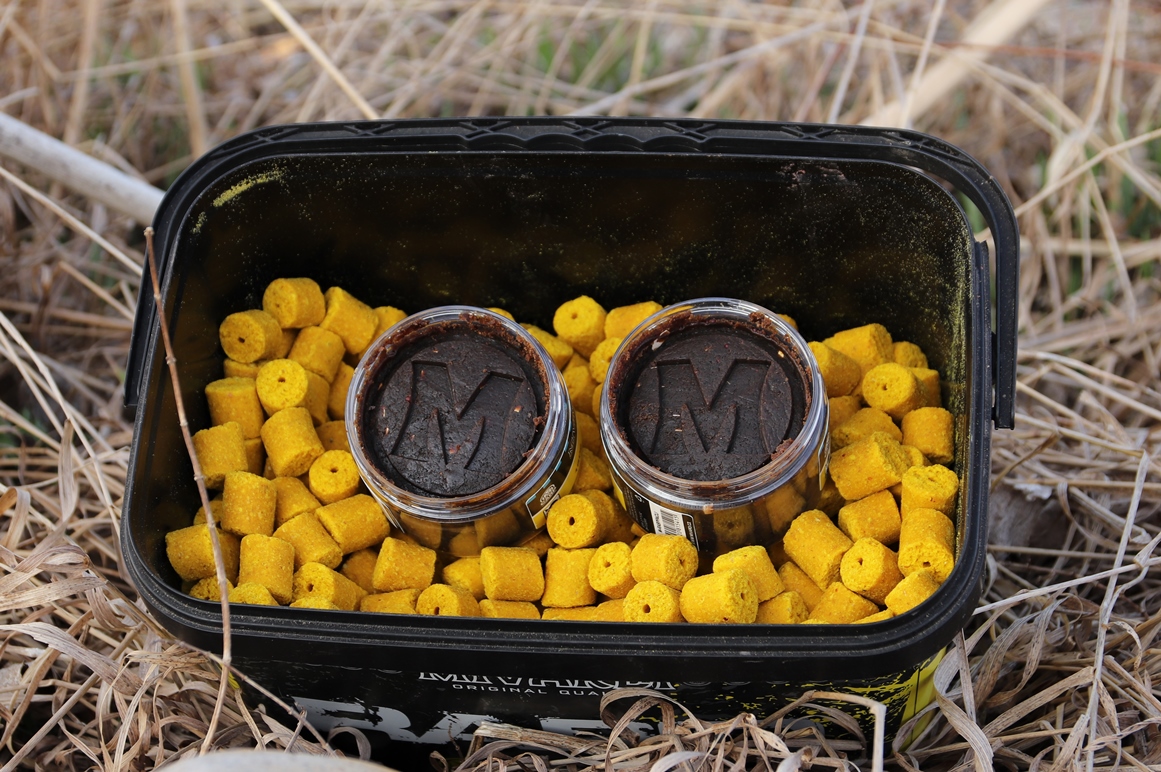 So sometimes I felt like an internet maniac of all weather forecasting applications that I regularly visited with a combination of apks offering river flows and their assumptions for the next few days. Šedivák carp is a textbook example of the fact that even apky can sometimes be wrong, so I have been sitting without contact on a cloudy day since morning. My brakes are a little more tight, because when the prediction didn't come out, I tried to catch as close as possible to the remains of a long-fallen tree. I'm running out of faith a bit when it comes to a really strong shot. 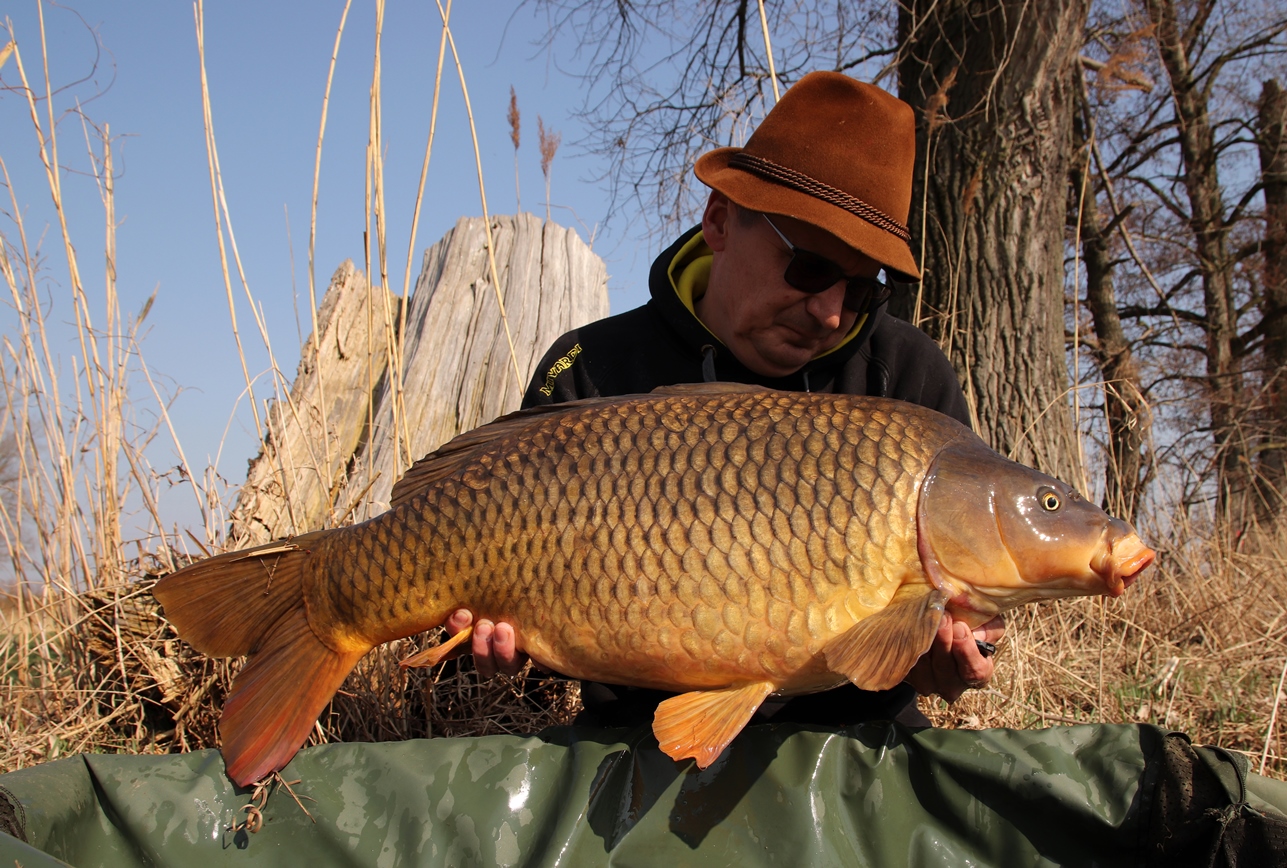 Who do you think knew as well as I did that the tree would be the most interesting choice for a duel, you guessed it - carp. It seems to me as if we are gradually going branch by branch, which breaks. Then the assembly is released and the fish goes upstream. I will try to put the rod more on the water and turn the fish to the middle of the stream so that it does not stick to the outer parts. After a while it works, but the carp is not a rookie, so it whizzes around me and this time it makes strong use of running water downstream. In the end, it's a fight only a few meters, the carp began to use lunges down the column. But he is also tired and in the landing net. I am very happy with it, it is a valuable catch of an early and cold spring this year. We tried to catch a stout fox with the peculiarity of scales for a few more weeks in the part of the stream that we chose. It's time to move on. A really large number of fish was caught, so hopefully the coveted one will also appear! 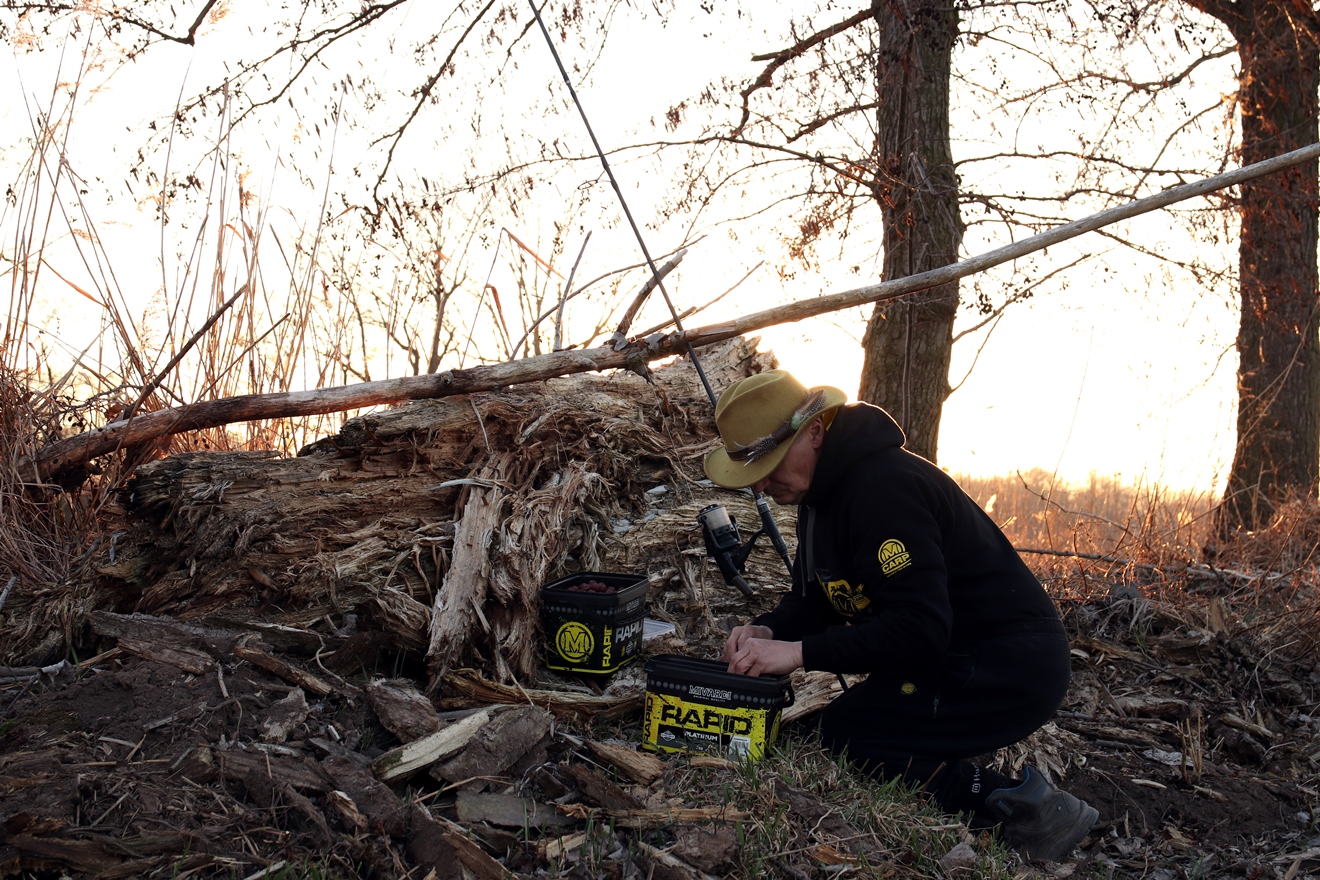 But not until next time. Thanks for your attention.