Share
15-05-2022 - Choice of bait To get a little distracted, I also had to research and determine the final assembly in my workshop, the bottom is really complicated. A layer of rotting leaves thick and ubiquitous aquatic plants. So Ronnie rig and poplars will be the opening bait. The choice fell on two colors, depending on whether it would be clear or cloudy. If it is clear, the choice will fall on Strawberry with its reflective pink-red, if cloudy, Pineapple goes there, it is such a "deviation". According to the observation of success, I also choose the color of the bait, depending on the weather.

But everything must be distinctive at the bottom and must not completely fit into the unpleasant-smelling bottom. So directly on the PVA bait and stocking EASY CATCH pellets with a size of 8 mm. Eighth and ninth day - hunting days I couldn't sleep in the morning and I'm still leaving in the dark. Everything, all the equipment in the hands and on the shoulders, the journey will be long.

I will not feed today, only hunting. I quietly approach the place and lay out the equipment. Throws must be accurate, even if there is a minimum of space for them. 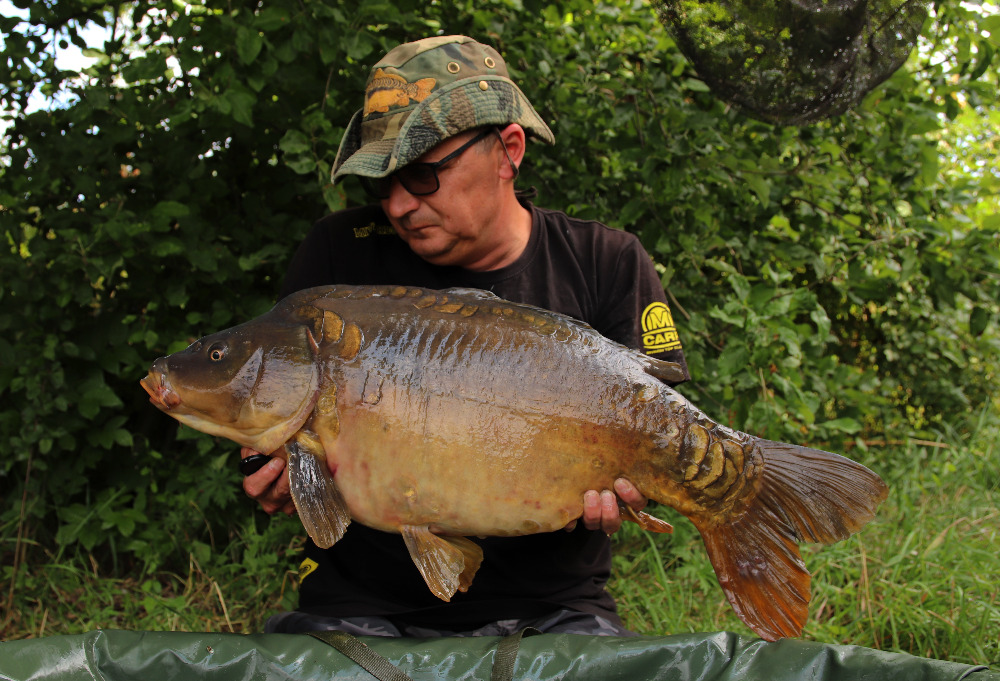 Even a master carpenter sometimes cuts down, thanks to PVA, the assembly is very overloaded and not ideally thrown at it. The throw here is a game of millimeters, as the branches above the water of the big maple must be overcome. Unfortunately.

The first throw to the edge of the branch, I try to pull the bait, but it holds. Although I managed to pick up the bait from the branch, I was very visible to the fish, too much adrenaline, as I was pleased. I lost today, as the next hours will show.

The next day, I prefer to exhale and calm down before each of the two throws, both throws are accurate. It's after a persistent night rain, that's my favorite. Is there ! I won't even move, thirty minutes when you can see on the water that today is the right day and piííííp! 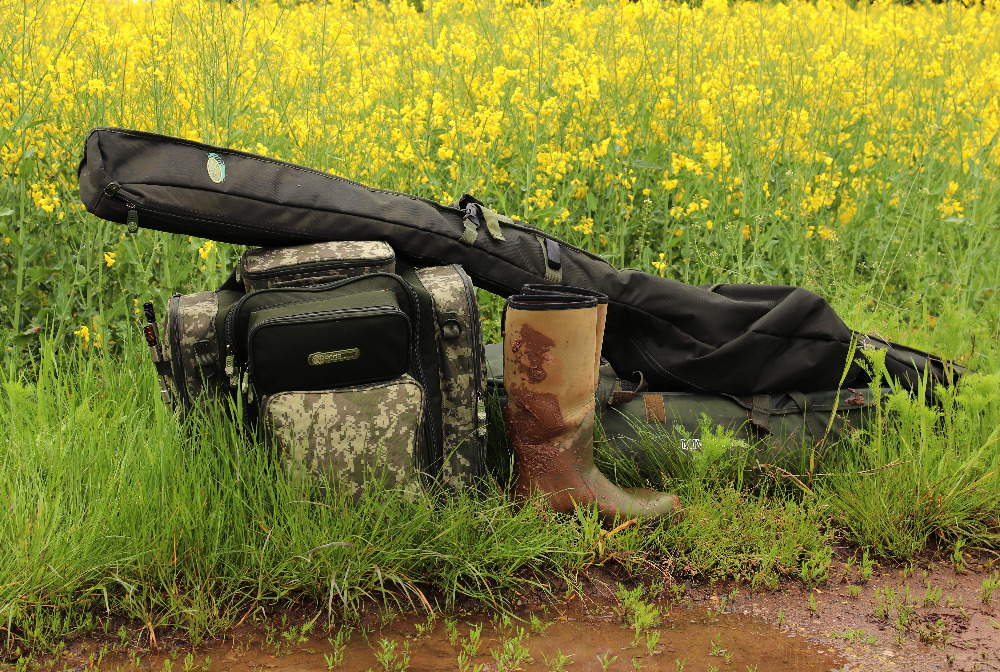 A long duel in unequal conditions, the fact that I located the ties to the right of the place, the opponent probably knew, so he showed me others that I did not know, on the left. He's just hanging behind a little twig, he's doing well, it's coming loose and we're in front of the lens together. Beautiful scale. But today I feel it's the right day, a quick bait into the water.

Two hours without moving and another violent shot, so this is a circus, the fish will show me another fallen branch that I don't know about yet, but we can do it too. The sun is coming, I'm floating like a mouse. The thought creeps in my head that the place is very scared, but it's the right day. What to try a little next door, behind a sunken tree, a piece of free space directly below the shore. The fish has a taste. So a quick change, to a place where the sun had not yet arrived, a handful of pellets and not a throw, rather just lying under the shore. The meeting with the King was overwhelming, just getting him into the landing net was probably more a wish than such a reality in such a small space. He had the top from the first, until the final moment, when he cut the branches. Disappointed, not at all, more just a demonstration of his cleverness and years of experience.

He didn't go to such a large feeding place, he stayed away and maybe he was just going to pick up leftovers from the table until he was sure I had left the place, he remained in a safe hiding place where he had the top and is still out of reach for me. Conclusion We will meet next year, these small districts are definitely a great motivation. It was incredibly instructive and evolving. I have to admit that out of so many fishing spots I've tasted in a year, this has deepened my mind and I'm still thinking about how to improve to win the next fight.